Jim Draper is a Mississippi native, but he has called Florida home for many years. He travels widely throughout the state, investigating the remnants of an ancient landscape that is rapidly disappearing. Inspired by this natural beauty, he distills details of the indigenous flora and fauna into his art. Forms are abstracted from their surroundings and treated as characters in a narrative.

Currently Draper is a full-time painter based in Jacksonville, Florida. His art combines strong images from the natural world – birds, trees, dunes – with abstract elements and unexpected bursts of color and line. His work is held in both public and private collections and has been internationally recognized.

More than any style of painting or place he has visited, Draper’s work is driven by personal history.

My earliest memories are peppered with scenes of the swamp. On Saturday mornings, my grandfather and I would climb into his 1957 Ford pickup truck and head out to the swamps. We would wade through black water, tripping over the roots of ancient cypress trees which were up out of the water, gasping for air. My grandfather would tell me stories of the secrets that the damp soils held. There were tales of fish and bootleggers and snakes and dead Indians and deceit and God and rabid bats and baptisms and love and Sunday School parties gone bad. If we found a place that looked like it had a story my grandfather would make one up even if the actual story had never happened. And now in the swamps and marshes of North Florida I see the same stories. Documentation of events that were important and spectacular and now that they have been created they do exist. In this work, that is what I paint.

Said of Draper’s art:I find that Jim Draper’s work in particular reveals an interplay of powerful forces. While the natural world serves as his inspiration and his concern, his paintings resonate with issues ranging from isolation to healing, underscored by deeply felt memories. All this is reflected in a style that reveres tradition yet is utterly contemporary. Draper’s work manages to be accessible and distant at once. He represents a fine enigma, ripe to be unraveled. 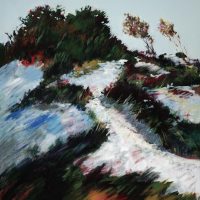 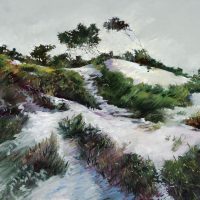 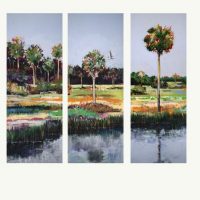 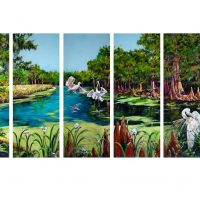 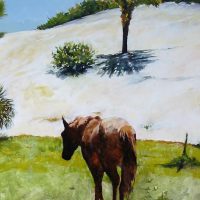 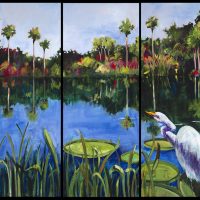 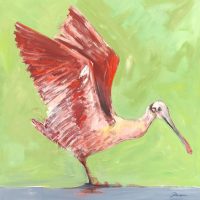 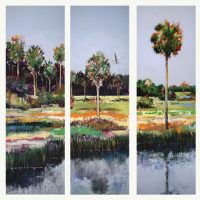 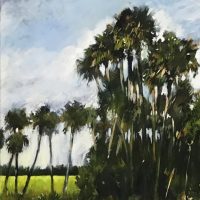 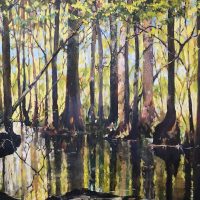 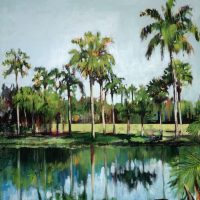 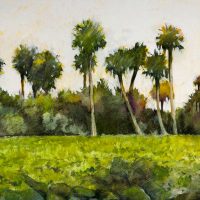