When people pose for a photograph their expressions tend to have a hallow quality about them; in painting I try to capture the real, unguarded essence of the image. Regarding his group compositions he says, my goal is to render a likeness of the scene before me while at the same time capturing the energy of the relationship between the subjects. I try to leave the audience with the idea that something has just happened or is about to happen.

Harold Braul was born in 1960 in southern Ontario. His early introduction to art began at age 6, when he studied under the tutelage of a private teacher. It was during this period of his life where he became a faithful disciple of color, line and light. In his later years his works would become informed through his study of Industrial Design at Fanshawe College in London, Ontario, however to this day he maintains the child-like whimsy that first drew him to the medium.

Braul draws his snapshot scenes from imagination that is filtered through memory. While his work depicts the realities of everyday life, each figure and setting is conjured from the artist’s own interior vision of urban existence. Similar to the French Impressionists of the 19th century, Braul finds beauty in the mundane sights of the modern city: a commuter awaiting his connection, or the billow of an overcoat on a rain-swept street. These glimpses of the everyday are rendered in bold color tempered with a soft, seductive luminescence.

Braul uses loose strokes, vibrating lines and diffuse light to highlight themes of motion and flux that characterize his work: a cyclist corners a turn, a bird prepares to take flight, a bistro boils with bold, noisy color and lively figures. Each moment represented suggests an unfolding narrative. Each moment, though ordinary, expresses the extraordinary play of light and color that may be found in the simplest scenes of city life. 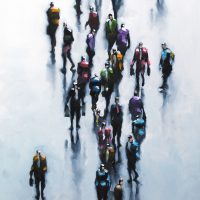 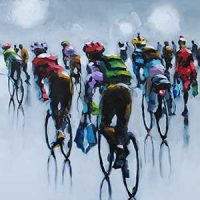 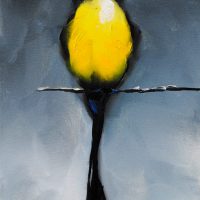 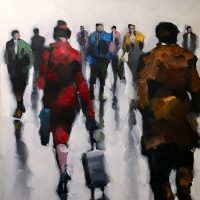 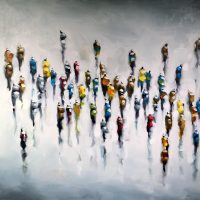 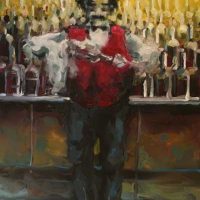 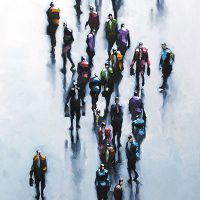 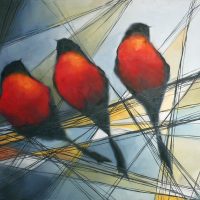 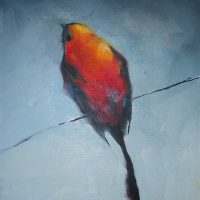 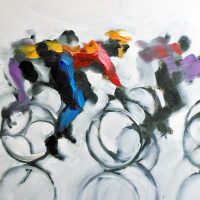