Goli Mahallati’s original acrylics and limited edition prints on canvas or board often depict aspects of humanity. Her images of individuals alone and in communal groups are stirring. The deeper felt reaction to her work goes beyond and type of provincial artistic genre and strikes at the elemental state of the human condition, sometimes bound together in support and love, and at other times isolated, either alone or in a crowd.

The strength of the artist’s statement is enforced by her choice to work with a pallet knife, rather than with the more traditional brush, creating bold areas of color and texture. It isn’t often that an artist is able to touch our inner feelings through the truth of their images. Mahallati has that ability. Hers is a work of kinship and admiration for the beauty and dignity of the ideal human spirit and form, one that is noble and free-which is sometimes captured best and made definitive in the abstract.

Significantly, her paintings mediate the tensions that are symptomatic of contemporary art. The warm and luminescent color palette, the mysterious forms lead to unified sense of energies often lacking in most post-modernism. Her paintings are less about thinking and more about intriguing energies from which they have arisen.

Goli Mahallati graduated with a Bachelors from the University of Tehran in 1977 and with her Masters from AIC (American International College) in Massachusetts in 1979. She worked for several years studying for her PhD at U Mass (University of Massachusetts) until she eventually moved to Southern California, where she now resides 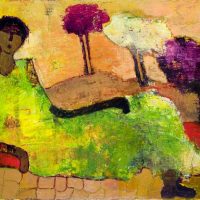 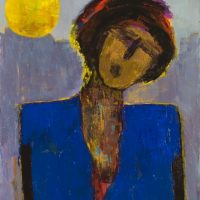 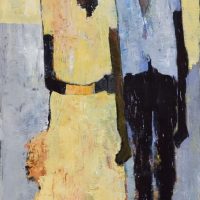 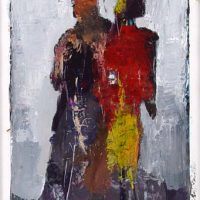 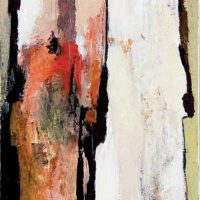 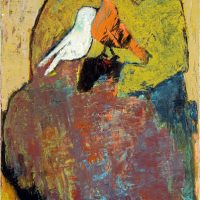 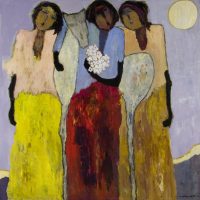