When looking at one of Dennis Campay’s paintings, you believe it could be a scene from a town in the south of France, on the Louisiana Bayou, or a Dutch Caribbean isle. You feel like you have been there, wherever there is. Each painting begins a story and allows the viewer to imagine its characters and its conclusion.

Campay, currently living and painting in Jacksonville, Florida, began his career in architecture, but soon found a different calling. He says of working in architecture, “I didn’t like it. The projects took too long. But I liked drawing; the elevations and perspectives.” Campay eventually realized millions of people never do what they really want to do in their lifetimes. Instead of quiet resignation, he rebelled and set out to nurture his innate talent. At 39 he enrolled in the Atlanta College of Art’s school of painting where he received a BFA. And in 1995 he began painting full-time.

A myriad of textures and materials make their way onto Campay’s canvases. He builds up wall plaster in certain areas or applies a thin layer or gauze to others. “Surface is extremely important,” he says. “I like to use grid tape on trees to show that our trees and environment are being Band-Aided.”

Furniture, pianos, marshland, water and books are frequently present in Campay’s work. Pieces of furniture often represent characters to him. “The idea is for people to start their own discourse between themselves and the chair, maybe remembering one like it that grandma had.” His lifelong fascination with pianos began with lesson he started in childhood, but never completed. “Pianos are these big, dark objects that reflect the whole room and when someone plays one, the music just flows all through the house.” Campay likes to focus on calm waters because he is soothed by them. “When I see water, whether it’s at the beach, a lake or a river, it’s extremely spiritual and signifies Mother Earth,” he says. “It’s one of the elements we cannot survive without.” 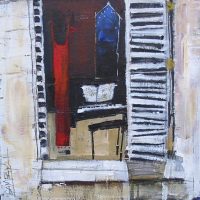 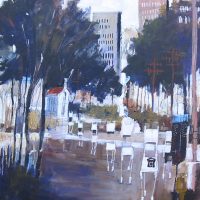 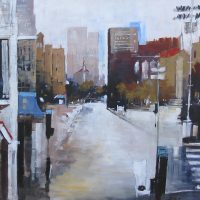 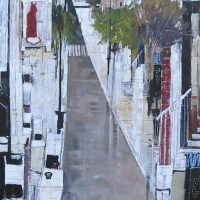 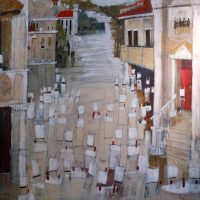 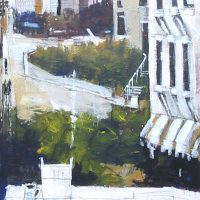 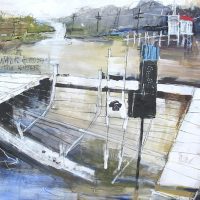 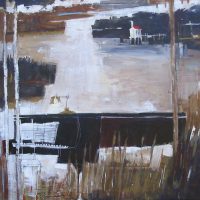 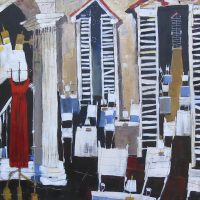